Can the Music of Broadway Reclaim the Top 40?

This week, the MFAs launch their research projects.  Care to weigh in on my proposal?  Know any resources? Comment below.

At some point, however, the dialogue that existed between popular music and Broadway music either fizzled or turned one-sided.  Perhaps both genres amiably departed in their natural evolution or perhaps they split sharply.  At various junctures in musical theatre history, Broadway looked to popular music, but popular music seemed to give little regard to Broadway.  Looking to examples such as Hair, A Chorus Line, Rent, and In the Heights, Broadway certainly responded to popular music, as these shows all evoked the musical style particular to the period in which they were created, namely elements of rock ‘n’ roll, disco, pop rock, and hip-hop.  Whether popular music responded to any of the Broadway shows that so clearly sit rooted in popular music becomes harder to identify.

One data-driven indicator of the relationship between Broadway and popular music lies in a Broadway song’s inclusion in the “Top Forty” charts.  The Top Forty serves as the standard measure for song popularity in the United States, and it stands to reason that any Broadway song that made the charts successfully “crossed over” the genre divide.  Though the Top Forty only goes back to 1951, this research will also seek a measureable record of song popularity prior to that date.  This data can then be used to examine the following questions:

In conclusion, this research will aim to describe the relationship between Broadway music and popular music over the past one hundred years and identify certain conditions that might make a Broadway song more or less likely to cross over to the pop charts.  From there, it might be possible to make suppositions about the future relationship of these two genres.  Put another way, can the fluid dialogue that once existed between Broadway and popular music ever be restored? 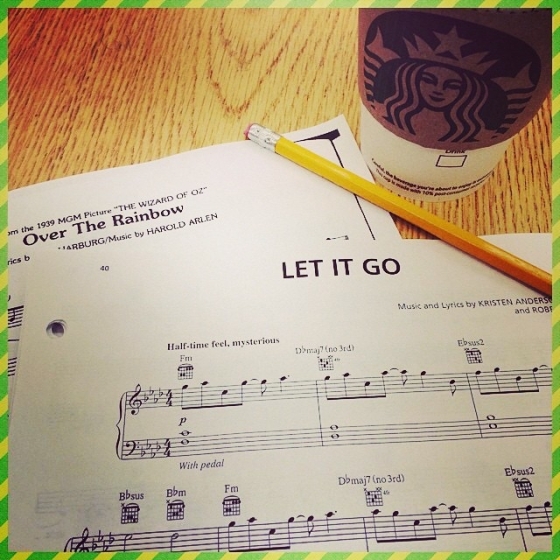 It’s hard not to think of “Let It Go”. What does the Frozen hit have that modern show tunes lack?
Photo courtesy of: Jacob Brent