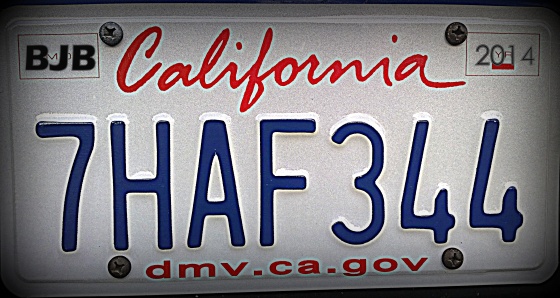 This is the blog for people who share more than two cents.

This is the blog for people who relish casual musical theatre references.

This is the blog for people who spell it ‘theatre’.

Thank you, Department of Motor Vehicles

To admit that my inaugural blog–“7 1/2 Cents”–took shape at the DMV requires a certain amount of humility.  I don’t like feeling beholden to the DMV.  The DMV embodies emotions like rage and desperation.  It is a place where even-keeled personalities can transform into document-wielding warriors.  Even in the most ideal situations where one possesses all the proper paperwork, a decent amount of time, and a knowledge of deep-breathing skills, this individual can still fall prey to the mere anxiety of the environment.  Put simply, the DMV can change you.

As it turns out, so does the theatre.

The Day of Reckoning, err…Registration

Through a series of errors–some mine, some not–I was sitting at the Poway DMV for the fourth time.  Imagine the stakes.  I was armed with every document I would need to complete my vehicle registration for California citizenship.  I was ready with contingent plans should something go awry.  By all accounts, this would be as close to an in-and-out errand as a DMV visit could be.  And yet, that little flutter in my stomach was a-flutterin’.  Hindsight allowed me to recognize that it was actually the same feeling of waiting at an audition, but in the moment, I couldn’t see the correlation.  When the employee of the Department of Motor Vehicles handed me my paperwork and an envelope containing my new plates, I exhaled a “Thank you” akin to one I use to conclude every audition.  I came down from the adrenaline rush on the drive home as if I had just nailed a callback or something.

And then I opened my envelope.  I was prepared for the alphabet soup of typical California plates.  But I somehow instantly deciphered these runes from a smattering of alphanumerics into a series of rather significant messages for me and my life right now.  I am not a student of numerology, but sometimes these things are too curious to be coincidence.  Even in the split-second of reading my plates, I found myself judging my split-second reading of my plates.  “Maybe I’m reading too much into this…this is weird…but this is totally the name of the blog I’ve been wanting.”

I’d been looking to start a blog to document some of my thoughts on the theatre, some of the discernment process of how I came to the MFA Musical Theatre program, and some of life in San Diego…and I was looking to wrap it all in a snappy title.  The first four letters of my new plate were ‘7HAF’.  Even though The Pajama Game is nowhere near my top ten list of favorite, influential, or–let’s face it–quality shows, the nod to “Seven and a half cents doesn’t buy a heckuva lot,” seemed like the perfect name for a blog for someone like me who usually has about 5 1/2 more cents to say beyond the usual two.

The final number was 4.

“4…what?” I silently asked myself.  Mind you, this question only came in the third nanosecond.  In the fourth nanosecond, the question became the answer.

“For what…did I move across the country?”

“For what…am I trying to accomplish here?”

“For what…will I seek in this new life chapter?”

“For what?” is a question I must ask myself often during the next two years.  I think the answers will have lasting consequences.

True to form, this might be five and a half cents more than what is necessary to explain the name of a blog, but without further ado, I am thrilled to share “7” and a “HAF” cents, presented by this nearly “34” year-old who is going to keep asking “4” what?